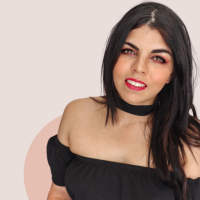 Posts by this author:

​ The LA Girl nudes brick palette has got to be one of the most hyped about palettes here in South Africa. I’ve had my eye on it a few months ago when LA Girl first launched them. There were…

​Life Update | Loosing Someone Close To You

​ I know I have been very quiet lately and as usual life just gets in the way of of running a blog.

From the title you guys have probably gathered that Yes! Elf Cosmetics will finally be launching to their South African market.

Skincare Tips For 20 And Something – Keep Your Young, Healthy Look

If you are only in your twenties or early thirties, you might not think that skincare is that important.Chances are that your skin still looks young and healthy. But you really should be thinking ahead. That won’t always be the…

​Favourite Songs At The Moment

​ Happy Friday everyone! I have to admit I am so excited that the weekend is here, for some reason it just seemed like this week would never end!

​ The lovely people at Human+Kind sent me the orange conditioner for dry hair, so that I could share my experiences with you guys.

​How Long Should I Keep My Makeup?

​ I had no idea that all makeup actually had a shelf life. I’ve always thought that I could keep and use my makeup until they were used up – but oh boy was I wrong…

​ I’ve been wanting this mascara ever since I saw the ads on social media.( I think this was last year) I am probably the only person who has not purchased the L’Oréal Miss Manga mascara before.